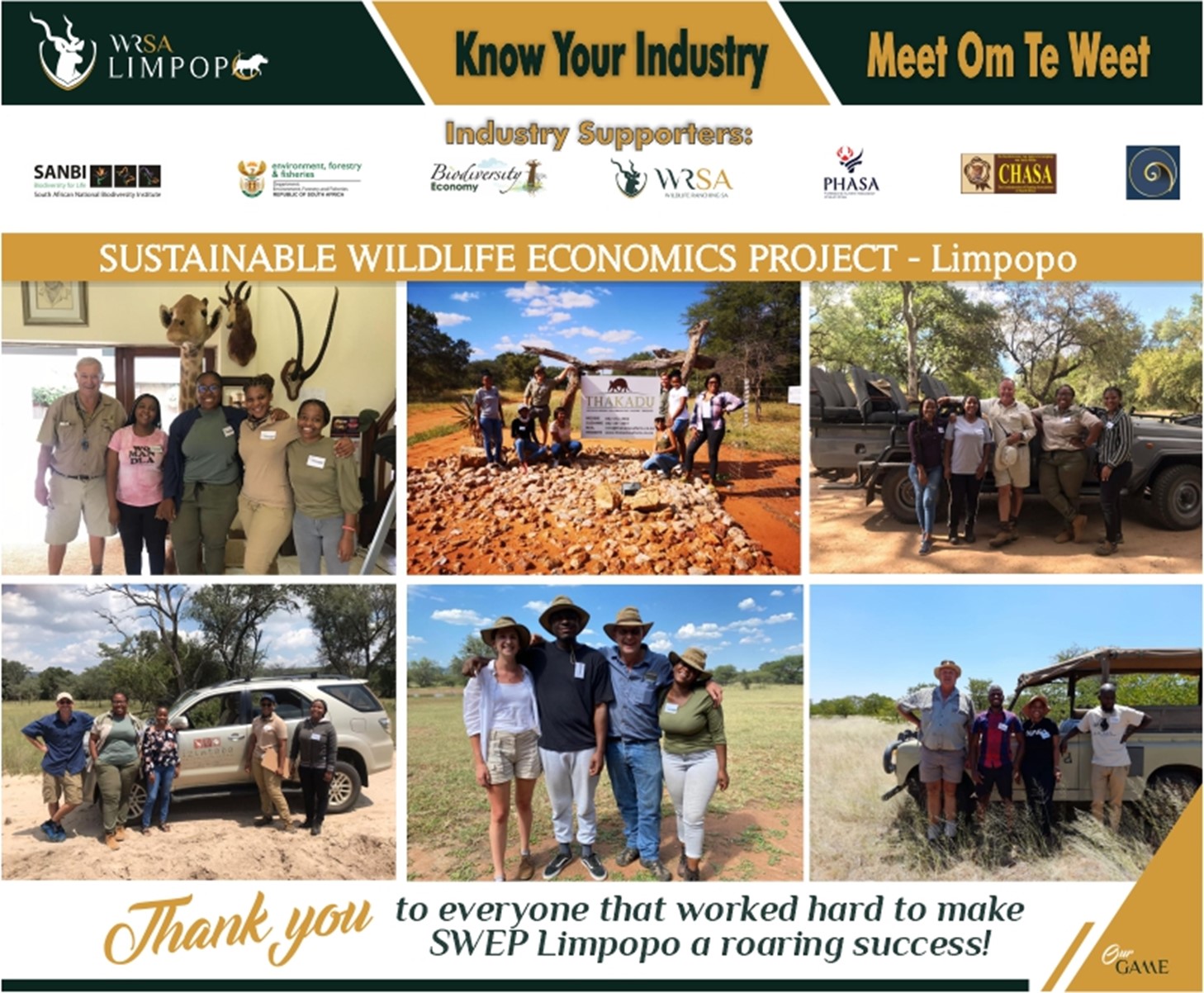 SWEP LIMPOPO HAS RUN ITS COURSE!

The end of March also signalled the end of the marathon Sustainable Wildlife Economies Project (SWEP) Limpopo survey. Since June 2021 a total of 156 farms have been visited by SWEP teams, covering 832,867 ha.

From February until the end of March the teams managed visits to 127 properties covering more than 660,000 ha. Only one team, the Springhase, had the unfortunate luck to get stuck on their way to an interview and had to be rescued by the manager they had the interview with.

We wish to express of sincerest gratitude to all the landowners that took part in SWEP, who received the teams with such overwhelming hospitality.

Thank you also to SANBI researchers Matthew Child (Deputy Director: Biodiversity Economy Projects) and Karlin Muller for all their hard work and dedication in coordinating the survey project.

According to Matthew Child they are delighted that they reached their target of over 150 interviews and are currently working on processing, or as commonly known as ‘cleaning’ the data to send back to landowners.