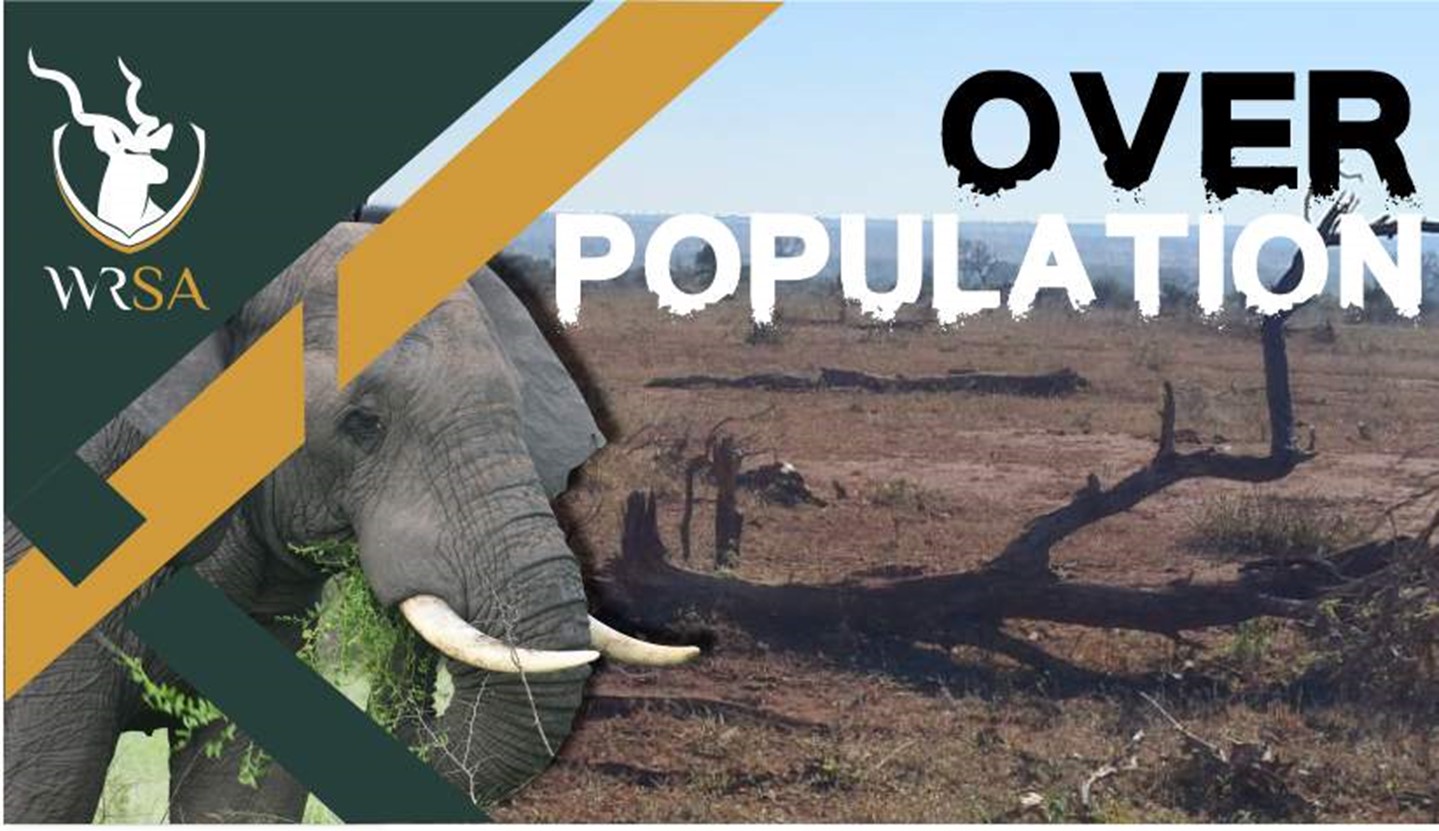 Published On: 18 May 2022By wrsaCategories: Current Affairs, News & Events

26 April 2022 – WRSA Chairperson, Gerhard Heyneke, was invited to speak on the elephant overpopulation in the Kruger National Park, on Pretoria FM, hosted by Esmarie Yssel. This call for commentary was in a follow-up to a report published on Maroela Media on 24 April 2022. (Read here: Olifantgetalle in Kruger ‘buite beheer’ | Maroela Media)

Mr. Heyneke reiterated what has been known in the game and wildlife circles for some time, which is that the elephant population in the Kruger National Park (KNP) is destructively out of control and causing immense damage to the biodiversity within the park.

The question regarding the ideal sustainable population numbers for elephant in the KNP was first posed by Dr Rocco Knobel in 1965. At the time, the determination was made that this number was 7,000. This led to the KNP reducing its elephant population by a few hundred individuals to the determined total of 7,000 in 1967. This total was maintained every year from 1967 until 1994.

The loss of trees at Satara represented a loss of 88,5% trees over a period of 21 years. (Ron Thompson) This showed that the 7,000-count sustainable elephant herd were in fact, still too large a herd and that a total of 3,500 elephant would be more sustainable in the park.

The overpopulation of elephant has led to negative effects such as the loss of soil, plant species, bulk plant food, and the decrease or destruction of complete species habitats. These negative effects led to the loss of large animal species (excluding elephant), the decline of great eagles, great owls, and Southern Ground Hornbill as well as a loss of tree-dwelling animals, such as lizards, reptiles, small bird of prey and an overall loss of biodiversity.

In the early 1990s, for several years, the cows were treated with contraceptives and the young elephants were captured and relocated to private farms and reserves. Quickly the capacity of veld on private farms was filled and there was no more land available to which to relocate the young. At the same time, the contraceptives caused the cows to repel the bulls that came into musk (in heat), which caused the bulls to become extremely aggressive and attack other animals. Both actions then had to be stopped.

From 1994, a policy of “no thinning of the herd” was followed due to international pressure by green activists. Decision makers began to follow an ecological parameter of “temporal spatial management” where a system is left to achieve its own saturation and then to maintain an ecological balance according to the limitations of the resources available.

The implementation of the “temporal spacial management” principle has resulted in the elephant numbers increasing exponentially. Elephant has no natural enemies other than extreme droughts that can have an effect on the offspring. It is also the animal with the longest lifespan of an average of 65 years. The result is that the elephant, which is a mixed eater and can also survive on grass, first prefers to eat the trees and shrubs, and then survive on grass, before it reaches the limitation of “temporal spacial management” which can start the limiting their number. Before this point can be reached, the rest of the ecosystem (the tree and shrub component and all life that goes with it) is consumed and destroyed in totality.

There is a lot of emotion involved when dealing with iconic species. However, we need to do what is right to protect the total biodiversity for the benefit and survival of our natural heritage for generations to come. This includes the protection of species such as elephants within the balance of the broader biodiversity.

Somewhere there must be a utilization of animal products for the benefit of the people. If the products of game such as the renewable rhino horn, that can be sold internationally, and meat products cannot benefit communities the sustainability of Parks will be jeopardized.

We need to bring real solutions to the table and trust the scientific research. There is unfortunately no place for emotion here.