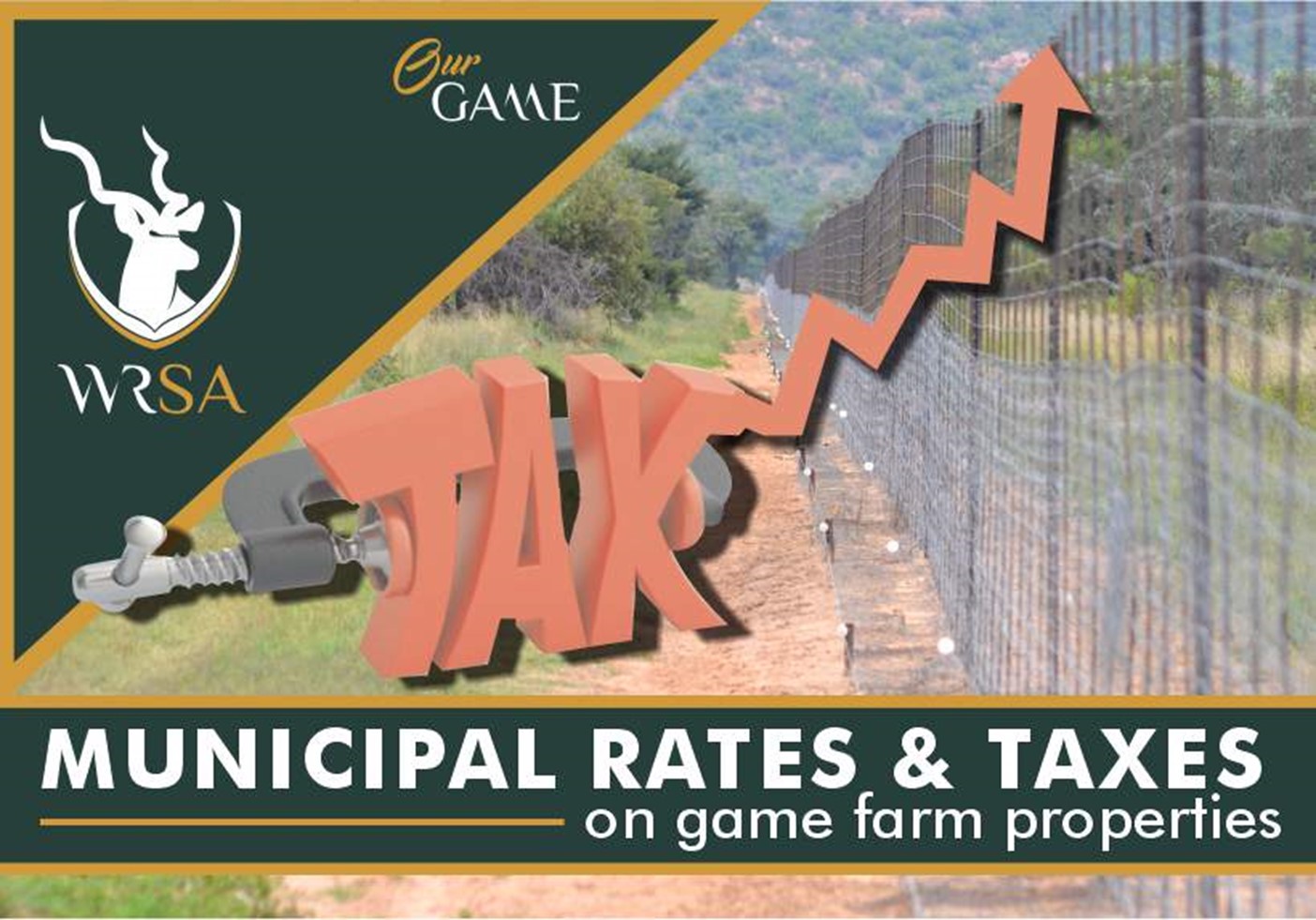 Published On: 19 May 2022By wrsaCategories: Latest News, News & Events

A new, and worrying, trend is emerging in the country’s municipalities. There appears to be a growing tendency to exorbitantly hike the property rates of game ranches in South Africa by amending their rates policies to tax game ranches as a commercial rather than an agricultural business.

Jacques Blaauw, Chairperson of the Thabazimbi Business Chamber and Director of Waterberg Tourism, a member of WRSA, spoke to several news outlets recently regarding this change.

According to Blaauw, many municipalities are abusing the Municipal Property Rates Act when it comes to the unjustified rate hikes. The Act excludes game ranches from exemptions that are available to the agricultural sector, leading to municipalities charging game ranches at commercial properties rates.

This, Blaauw says, is in contradiction with other legislation, such as the Animal Improvement Act and the Marketing of Agricultural Products Act which positions game ranching under the agricultural trade.

Blaauw claims that the Thabazimbi and other local municipalities have not been able to justify the hikes which see ranchers pay up to at least 7 times higher rates. “When we ask for rationale, we don’t get rationale”, Blaauw says.

“One of our problems is that we believe that the specific rate wasn’t publicly participated on and that’s the case we’ve been making year on year. They have tried to align the [Municipal Property Rates] Act with the local by-law and this year they have also now updated the policy to try and push this through. The problem is that the Municipal Property Rates Act excludes game farming specifically and eco-tourism from the agricultural property definition, and that actually contradicts what we see [in other acts] where game farming is seen under the agricultural umbrella. They basically use the Municipal Property Rates Act definition to say [the industry] is excluded from agricultural, therefore we will categorise it as a commercial activity and they apply the commercial, business rate to that and that gives effect to the 8 to 15 times increase you will see for farmers on this.”

In Mangaung (Bloemfontein – Free State), game ranchers could pay 15 times more to rates from July if the proposals are implemented. Game Ranchers in Thabazimbi, Limpopo have been fighting against similar proposals from being implemented since 2018.