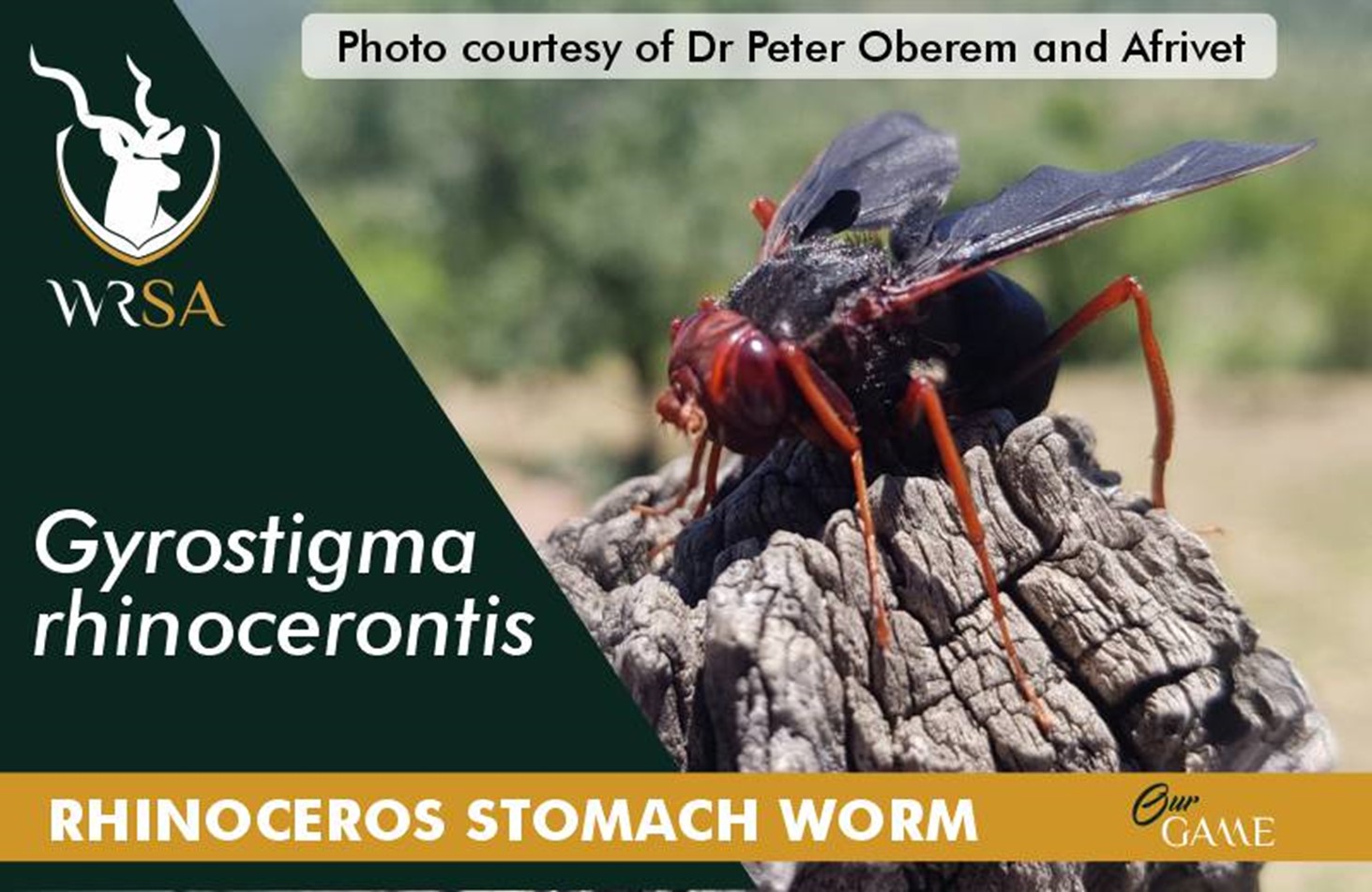 Don’t forget the lil’ ones

Conservationists, preservationists, and animal-rights activists, especially those who focus on the big and fluffies, the iconic species such as elephant, lion, leopard, and buffalo often fail to consider the importance of the broader biodiversity. 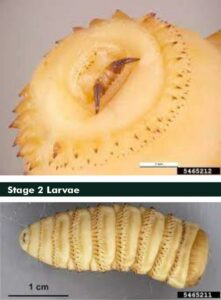 We are all appalled at the wanton, unabated murder of the world’s rhino by poaching syndicates. But there are far reaching biodiversity implications with the loss of this genus. Not only does the presence of rhino alter the grazing/browse that then influences other co-habiting species but there are many, often unseen commensals (animals that have a close relationship with others, in this case the rhino) that benefit or in fact depend on rhino for their existence.

One such animal is Gyrostigma rhinocerontis, the rhinoceros stomach worm (or bot). This is Africa’s largest fly measuring over 4 cm in length with a 7cm wingspan – a spectacular beast.

The female which, in my experience, is nocturnal and lives only 3 to 5 days, lays its eggs on the skin around the base of the front horn of the rhinoceros near to the nostrils and mouth. The small oblong white egg (like a very small grain of rice) hatches after about 6 days and the tiny dark pink stage 1 larvae migrates via the nose and mouth to settle deep in the gastric mucosa. The 2 cm light pink stage 2 larvae use well-developed spicules penetrate even deeper into the gastric mucosa. 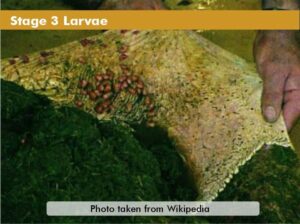 The mature stage 3 larvae are yellowish with brown “staining” reach a final size of 4cm long and are covered with 3 bands of spicules. Once mature they release and pass out of the host in its faeces. Almost immediately they leave the dropped faeces and burrow into the ground where they pupate. When the seasons turn, the adult flies emerge from the buried pupa and the life cycle starts again.

Unless, for some reason, the normal balance of life is upset, this relationship between the rhinoceros and fly does little or no harm to the host. In fact, we do not know if there is any benefit (aids in digestion?) to the host rhinoceros or not. It is best to try to maintain the balance especially from a biodiversity point of view and not to treat the rhino for this infestation. Even when moving rhino or treating them for other roundworm- or tapeworm infestations, when necessary, be sure not to treat all the rhino on the property. Also, if treatment is necessary, do it in the summer when there are adult flies around that can reinfest the rhino. In colder areas, there will be times when there are no flies, just immature larvae (bots) in the rhino so killing these will have a huge impact on the fly population. 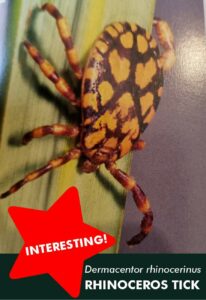 There is another parasite of rhino that I have only ever seen in a photograph, the rhinoceros tick, Dermacentor rhinocerinus. If ever you have immobilized rhino, please take a photo of this tick if you find it and/or if you can, please collect for me. Store in a bottle with a tissue inside and holes in the lid.