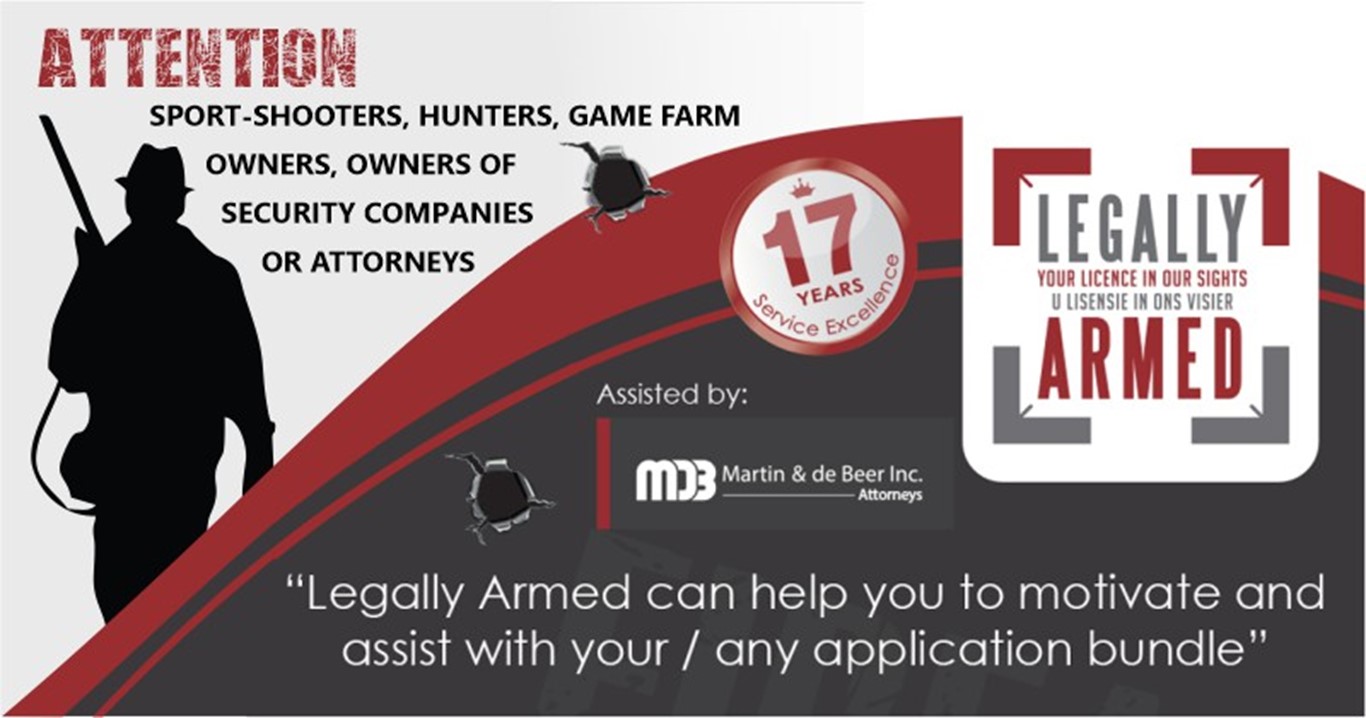 Today, we will deal with the Constitutional Court Judgement that was delivered on Friday 27 May 2022 in the matter of Fidelity Cash Management Services against the Minister of Police & others.

The Constitutional Court delivered its much-anticipated judgement on the issue whether expired firearm licence owners could re-apply for a licence for the same firearm, even though its licence lapsed.

The ruling was that you may indeed do so, but that such a new application will be assessed differently by the Registrar and that applicant will be obliged to surrender the said firearm for safekeeping to the police whilst the new licence application is processed and accessed.

Thus, the Registrar will not only assess the merits of the application (motivation to possess), but will also assess the applicant’s competency, the reason/s for him/her not renewing the previous licence in time, what the applicant did to remedy same and steps that were taken to the circumstance/s that was/were the cause to the expiry of said licence.

The Registrar will soon issue a directive with the police’ standard operating procedures to all police stations on how the process should be managed. We will summarize its contents and will communicate same to you.

Please contact the author at johan@mdbinc.co.za or Bernu van den Heever at bernu@legallyarmed.co.za to assist with the motivation and advice you on the reason/s you may have had for not renewing the previous licence in time.