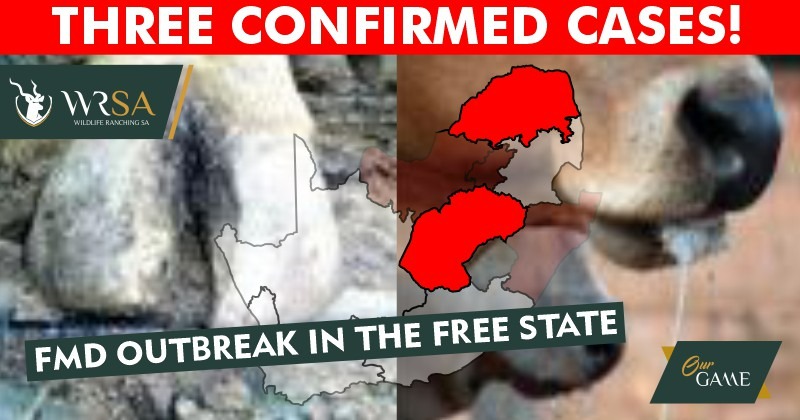 The MEC for Agriculture and Rural Development, Mr. Thembeni Nxangisa would like to inform farmers, stakeholders, and farming communities that there are three confirmed positive cases of Foot-and-Mouth disease outbreak reported in the province.

There is one case in Marquad and two cases in Viljoenskroon. All farms have been placed under quarantine after Chief State Veterinarians were notified about possible signs of Foot-and-Mouth Disease. On these farms, the animals showed typical signs of FMD, samples were collected in order for the diagnosis to be confirmed.

In Viljoenskroon two farms were earlier investigated, however confirmation was received on one farm, while the other results are still pending on the second farm. The farm where the positive case has been confirmed investigations are still continuing to determine the source of the outbreak.

The second farm in Viljoenskroon where the tests are still pending, the farm owner is alleged to have moved animals from the farm that he owns in the North-West Province. Veterinary personnel are also on the ground trying to curb the further spread. All these outbreaks are a continuation of an outbreak that was first reported in March this year which started in the North West.

MEC Nxangisa would like to urge farmers and the farming community at large to refrain from moving animals and buying animals from auctions. Farmers should however remain vigilant and report any signs, symptoms that may be suspicious to state veterinarians.

Foot-and-Mouth Disease is a state controlled viral disease of cattle, sheep, goats, and pigs. Infected animals are characterized by development of fluid filled vesicles and erosions on the mouth and feet of the animals.